Joined 7 mo ago
·
1 Posts
I bought myself a PS90 about 3 months ago and decided to jump in the deep end. I say deep end because I’ve also picked up reloading due to the current shortage and prices of ammo. I’ve never reloaded before and I guess chose a round that most feel is impossible and not relodable. Well, I’ve reloaded about 700 rounds and have fired about half of them, so I guess I’m defying the so-called odds. I paid $1300 for the rifle with (3) 50 Round Mags, (1) 10 rounder which I cut to make a 50 round, 550 rounds of ammo (a mix of federal and blue box FN). I’ve since purchased an Urban-ERT sling in multicam black and a knockoff brass catch. I quickly tore the bag apart and gave it to my wife to sew me up a multicam black brass catcher to match. Enough of the introduction and on to why I’m here.

So, I just went through 13 pages via the search function on the forum and found some useful information pertaining to the above topic. I am watching to mount a TLR-1 with a tape switch to the right side of the rifle via a picatinny rail. I’ll figure out where to place the switch I guess. I am just in the process of determining which rail is the best and to hear some testimony as to why that is. Also, can I just buy any 7-section rail and the corresponding screws and mount that to the side? I look forward to the discussion and comments.
T

Joined Oct 16, 2016
·
105 Posts
The rails are from Design Machine, and I'm using an InForce light which fits perfectly, and is easily accessible with my left thumb. 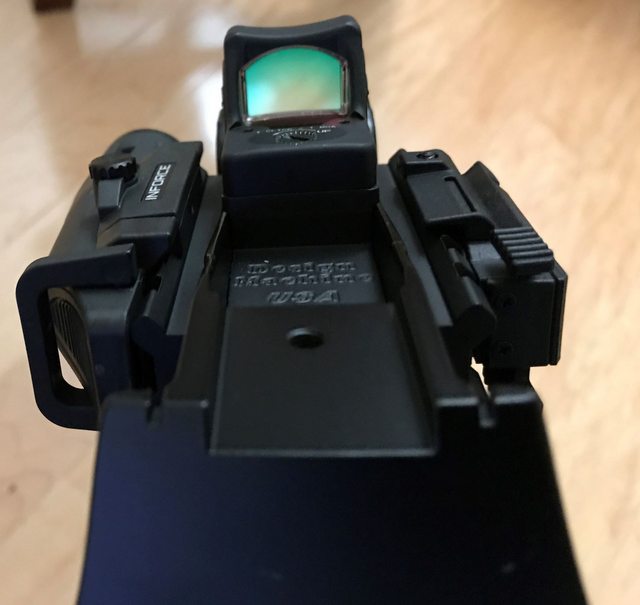 GunBoxTherapy said:
can I just buy any 7-section rail and the corresponding screws and mount that to the side?
Click to expand...

Probably little late but I will still chime in just in case someone stumbles on this post and find this info useful. I purchased this from Amazon and it fits perfectly, I had to use dremel to remove the ridges on the back of each panel and to make them sit flush. Its made of polymer so it was easy to work with. The color is slightly grey but if u mount accessories on it, then it wont be visible.
E